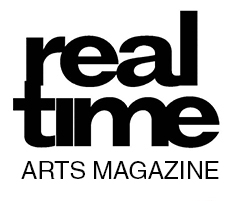 FROM BELGIUM : Unburdened Australians in an adventurous mix Jana Perkovic

For Your Ears Only by Dianne Weller

There is something bittersweet about seeing excellent performance works in Brussels, only to realise that they are made by Australians. There are not too many Australian performance-makers in Brussels, but, due to the dense network of performance venues in this corner of Europe, and the prominence of Amsterdam, Berlin, Paris and London as meccas for theatre lovers and theatre makers, one sees many pass through. Encounters with the Australian makers are often accidental and serendipitous, and say a lot about the artistic networks criss-crossing Europe.

Both shows covered here had only two-day seasons. After we enthusiastically cross-examined the artistic team during the post-show Q&A. The author of the second piece, For Your Ears Only, Dianne Weller is a performer, actor and singer who originates from Sydney and arrived in Brussels many years ago via London. I met her through a British friend, who collaborated on this work. Australian artists in Belgium tend to be light, rested, unburdened by the questions that trouble their peers at home. If they are eligible for domestic funding schemes, like Weller, then they have long-term work security unimaginable to an independent artist in Australia.

Local politicians do not attack their profession as a matter of course. And when they make challenging, ambitious works, such as the ones I’ve seen, the audience really pays attention. It should all be so easy. Dianne Weller, For Your Ears Only For Your Ears Only is ‘radiophonic theatre’: the stage remains in the dark throughout the performance, with only very discreet changes in lighting, while we listen to three critics (Andrew Haydon, Pieter T’Jonck, Elke Van Campenhout) debate the merits and demerits of the performance we are not seeing. The performance engages in two lines of inquiry: the evocative power of sound, and the possibility of recreating the theatrical experience from documentation.

For Your Ears Only builds a vast edifice of interpretation around a show that never existed: the audience sees it through the prism of criticism, the critics have only seen documentation material, and the artists have ‘documented’ a show they never made. Of course, as Forced Entertainment and similar groups from the 1990s, as well as much contemporary immersive theatre, have proven conclusively, sound is often all it takes to evoke a full experience. Having practically ‘seen’ the show in question, I feel fully authorised to tell you that it features a three-storey house with rooms outfitted to evoke popular films: Eyes Wide Shut, American Psycho and similar, through which actors move, performing short scenes. Through a pair of multimedia goggles and headphones, we can zoom in on separate rooms and hear the dialogue.

In Haydon’s words, it feels like “the Internet version of watching theatre.” The rooms do not amount to a logical house: among the more ordinary bathroom, kitchen, corridor are motel rooms and a large ground-floor gallery. The spaces are deeply imbued with cultural significance, more so than with architectural logic; for Campenhout, the entire house feels like “some kind of sanatorium for the sentimentally displaced.”

The scenes excavate the deep cultural memories associated with the home, which tend towards images of violence, particularly violence against women—a surprising revelation about our collective imagination, contrary to the common discourse on women’s safety. For Campenhout, a seedy sexuality reminiscent of Brian de Palma films permeates the show, not least because the spectator feels like a voyeur, having to choose which of the rooms and actors to focus on. The world built in the work is deeply paranoid, a world of men reassuring themselves of their strength by using women—all three critics draw convincing comparisons to an urban, peace-time version of Coppola’s Apocalypse Now—and creating larger-than-life cultural hallucinations to replace reality. Watching/listening to For Your Ears Only had intriguing parallels to calling a phone sex hotline, the (now vastly outdated) version where the listener dials into a pre-recorded audio story: the general seediness of the experience, the thematic intrusion into domestic scenes that fetishise the women who inhabit them, the reliance on the experience of the spoken description of events, as well as the very strange disjunction between feeling like a voyeur and not being able to see. The male gaze structures both, but the absence of visuals allows us to imagine things just right: the show in For Your Ears Only was exactly to my taste.

“Strongly recommended. The listener is warmly pampered in this piece. You forget the time.”

“It was so much more with so much less. Fantastic everlasting thrill also for your sound engineers… Incredible and mind-experience-blowing how every performance can also be such a different thing each night, “just” with pre-recorded sound. It s been a long time to have entered such a house of a play!”

“I was rather sceptical beforehand, only sound? But in less then 5 minutes i was completely in to it, confusing, funny, thrilling, scary, intelligent. Very beautiful sound piece, congrats!”

“Would love to hear it again! Driving home it seems I had really ‘seen’ the play. Never been on a boat with the audience before, lovely!”

“Just remembering a moment from friend Dianne Weller’s fabulous piece…questioning perspective and turning the established inside out. Makes you think! I highly recommend!!!!! We want more! ”

“…it was a beautiful piece of meta-theater and soundscaping”

“Thanks for ‘for your ears only’ ! Enjoyed every minute of it. Magnificent!”